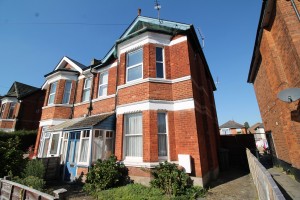 The average asking price of a home new to the market in England and Wales has passed the £300,000 mark for the first time.

The average is now £303,190, Rightmove reported this morning.

It is exactly ten years since new asking prices went through the £200,000 barrier, so that in a decade, asking prices have shot up over 50%.

Despite the housing market crash during that time, new asking prices did not go back down below the £200,980 reported in 2006.

Average wage growth of 22% during the last ten years has been far lower than house price inflation.

Rightmove also reported this morning that new asking prices rose 1.3% compared with February – the second highest monthly jump at this time of year.

Rightmove director Miles Shipside said: “On average 30,000 properties have come to market each week over the past month, up by 3% on this time last year, but there are insufficient numbers of newly-listed properties in many parts of the country to meet demand.

“Visits to Rightmove are up by 14% in early March compared to the same period in 2015, so it’s no surprise that those buyers who can borrow more or can find some extra cash are keeping the price merry-go-round spinning, even though increasing numbers of aspiring home-movers cannot afford the ride.”

The rise in new asking prices is not being driven by London, where prices are at a standstill. Six out of ten regions have seen price rises, and three of the top four rises are northern regions – the west midlands, north-west and Yorkshire & the Humber come after the south-west, and ahead of all other southern regions.

Although new asking prices across London have barely moved month-on-month, homes in the capital nevertheless have price tags more than double the average, at £644,045 – an annual increase of 11%.

That also remains the largest rate of annual house price inflation anywhere in England and Wales.

Average time to sell last month was 68 days, down from 79 in the same month last year. In London, average time on the market is just 47 days, lower than at any time last year.

Average stock per agent, including properties under offer or sold subject to contract, was 54 in February compared with 59 last year.